Setting the Criteria for a Decision

Once the hypotheses of the test have been formulated, the next step is to set the criteria for a decision. This should always be done before the sample data is collected.

Specifically, we need to determine what values of the sample statistic will lead to the rejection of the null hypothesis. Because a sample provides an incomplete picture of a population, some discrepancy between a sample statistic and its corresponding population parameter is to be expected.

In order to formalize what constitutes as an extremely unlikely result, the significance level of the test needs to be set.
#\phantom{0}#

The significance level, denoted #\alpha#, of a statistical test is the probability threshold that determines how unlikely a sample statistic has to be in order for the null hypothesis #H_0# to be rejected.

Decreasing the significance level shrinks the critical region of the sampling distribution, meaning a smaller range of values will lead to the rejection of #H_0#.

Increasing the significance level expands the critical region of the sampling distribution, meaning a larger range of values will lead to the rejection of #H_0#.

For a two-tailed test, the critical region is evenly split between both tails. 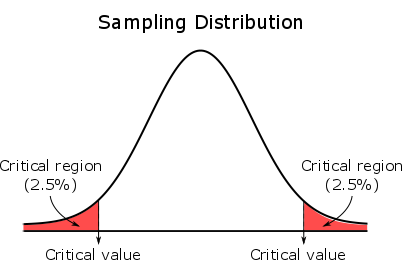 For a left-tailed test, the entire critical region is located in the left tail. 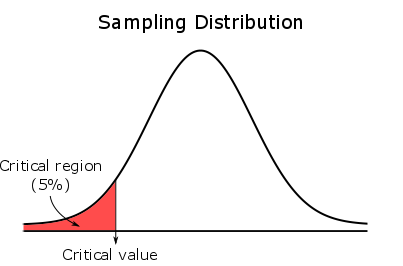 For a right-tailed test, the entire critical region is located in the right tail. 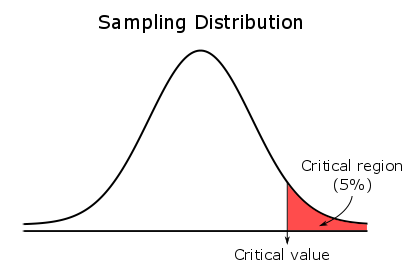 An additional consideration is the severity of the consequences if a conclusion is made in favor of #H_a#, but this decision turns out to be a mistake. If severe harm could be caused (e.g. damage to someone's health, loss of large sums of money), then a smaller #\alpha# should be used.

On the other hand, using an #\alpha# that is too small could also have severe consequences, because concluding in favor of #H_0# when #H_a# is actually true might could for example lead to the failure to provide a treatment for an illness that would have been effective.

Teacher access
Request a demo account. We will help you get started with our digital learning environment.
Create demo account
Student access
Is your university not a partner? Get access to our courses via Pass Your Math independent of your university. See pricing and more.
Or visit omptest.org if jou are taking an OMPT exam.
More info
About us ⋅ Help ⋅ Privacy ⋅ Terms and conditions
Copyright © 2021 SOWISO B.V.